Roundtable Discussion on OBOR with the CPPCC 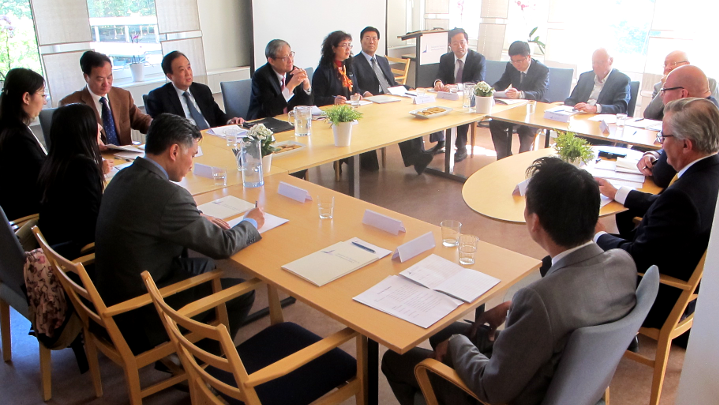 On June 8th, 2016, a delegation from the National Committee of the Chinese People’s Political Consultative Conference (CPPCC) led by Mr. Zhou Wenzhong, visited ISDP for discussions on the One Belt One Road Initiative.

The delegation was welcomed by ISDP Director Niklas Swanström, Distinguished Fellow Lars Vargö, ISDP research staff and representatives from the Stockholm academia and policy community. In addition to discussions on OBOR, participants also touched upon subjects such as Brexit, Sweden’s perception of China, and the political dynamics in Europe. ISDP warmly thanks all participants.